this is a science website also so we will discuss its working...

In this mode of transportation, a capsule is propelled in a nearly vacuum tube which gives it speeds of about 1200 km per hour and applying less force. there is also negligible air resistance so no work is done in the opposite direction.  In Musk's original concept, each capsule floats on a 0.02–0.05 in (0.5–1.3 mm) layer of air provided under pressure to air-caster "skis"

"when there is an initiative taken naturally there is some criticism" - Dhruv Bhardwaj ( I liked my quote.. so what!!!) So Mr Elon Musk also faced some criticism. People thought as we will travel near the speed of sound there are naturally many problems associated with it. Also, it may lead to clumsiness and discomfort to many people. as it will be windowless narrow and sealed capsule .. also people would have to sit all the time during the journey. No restroom, No nothing!!!!( HAWWWW) 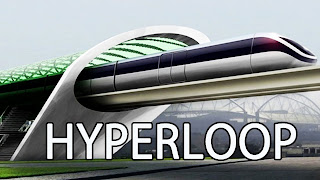