March 30, 2017
Have you ever thought why are Android versions always named after sweet names ??

Everytime a new Android version is launched its name is kept after a sweet name. Many people have researched about this topic and many have asked Google also. Have you ever tried to find out the core reason behind this? If not then you would find the answer here .

First of all let us first see what Google says about this :

In 2008 i.e. the year when Android was launched a reporter asked the reason for the same. At that time Google said

“It’s kind of like an internal team thing, and we prefer to be a little bit — how should I say — a bit inscrutable in the matter, I’ll say,” said Randall Sarafa, a Google spokesman. “The obvious thing is that, yeah, the Android platform releases, they go by dessert names and by alphabetical order for the most part."

" Android is the operating system that powers over 1 billion smartphones and tablets. Since these devices make our lives so sweet, each Android version is named after a dessert " 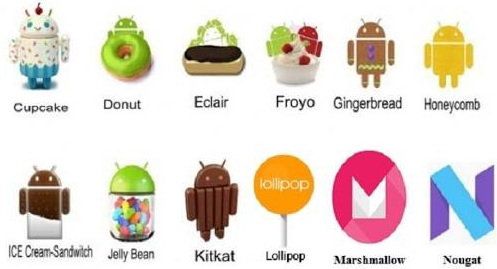 Still there were many researches going on and a lot of people had different opinions .

Some believed that as Android was developed Andy Rubin an ex- employee in Apple where his colleagues gave him the name of Android because of his love for robots. He also loved sweets more than anything in the world. So all the Android version names are kept after sweet or dessert names in the memory of its founder.

One more reason for the naming is that Google wanted to attract users by giving out some catchy names. And they thought Sweet names would be perfect. Google also didn't wanted to indulge in cases regarding patents and stuff like that so it kept sweet names as it believed most of the people don't think about these names and it will be unique too. Google has always named the versions in an alphabetical order which also gives it an uniqueness.


Although Google has still not mentioned the true reason but many are busy finding it, we will soon be able to know the true reason. Till that time enjoy reading our articles at High School Pedia . If you find a good reason behind this naming please do a leave a comment in the comments section below.


Here are some of the awesome articles by High School Pedia :


Have a fun time reading this and researching more. If you like this article press the like button below and also subscribe to our daily newsletter.

February 06, 2017
Rutherford Alpha Ray Scattering Experiment Hey, Guys, most of you might have heard about the alpha ray scattering experiment and if you want to know in detail about Rutherford's model and the experiment he conducted, this is the right place for you... But first: Things You Must Know Some basic information that will help you understand rutherford experiment properly: Proton is a sub-atomic particle which is positively charged and has a mass of 1u. Alpha particles are helium atom with a charge of +2 as they have lost 2 electrons. Alpha particles have an atomic mass  of 4u. Gold is highly malleable and can be beaten into very thin sheets. Experiment Rutherford conducted his experiment in the following way: Rutherford took a very thin gold foil and bombarded it with high energy alpha particles. He placed a layer of zinc sulphide on the walls where the experiment was taking place because when alpha particles strike zinc sulphide layer, it results i
20 comments
Read more

June 21, 2017
Blood Groups Hey guys, you must have heard people saying "yeah I have AB+ blood group" or " I have the rarest blood group O-" and any sort of these dialogues. But do you actually know what the true meaning of the term Blood Group is. What is Blood Group?? Blood Group is nothing but the type of antibodies and antigens present or absent in your RBC ( Red Blood Cells ). Antigens are located on the surface of your RBC and antibodies in the plasma. It is this combination of antigens and antibodies which decide which blood group you belong to. You inherit these combinations from your parents. But this does not mean that you will have exactly same blood group as your parents. Discovery of Blood Groups Earlier the transfusion of blood from one person to the other would lead to deaths due to incorrect transfer.It was not until 1901, when the Austrian, Karl Land Steiner discovered human blood groups that blood transfusion became safer. Mixing blood from two in
Post a comment
Read more

July 17, 2017
It is an initiative by some students to spread the light of knowledge to everyone and everywhere. It was started in the year 2015 and has grown rapidly in the past few months. By the means of this website, we try to provide information on every topic that we can reach up to. You can find different articles on this website. All these articles are written in simple language so that everyone can understand it and learn from it. We at High School Pedia believe in creative learning and this is the reason why we add our own edited graphical representations in every article. Once a very learned man said, “Knowledge increases by not keeping it to yourself but by sharing it with others”. And we follow the same motto “Share to Learn”. The team of High School Pedia tries its best to provide you with the best and original content. Unlike many other websites, High School Pedia is famous for its original and inspiring content.
3 comments
Read more

January 26, 2017
Isotopes These are elements which have the same atomic number but different atomic mass . They have the same atomic number because the number of protons that are inside their nuclei remains the same. But, they have different atomic mass because the number of neutrons that are also inside their nuclei is different. As the number of protons inside nuclei remains same, therefore the overall charge of the elements also remains same as in isotopes: no of protons = no of electrons . Hence, as isotopes overall charge remains neutral, therefore their chemical properties will also remain identical.   Therefore, Isotopes are chemically same but physically different.
2 comments
Read more
Follow @bhaveshjain8751