January 22, 2017
The GSMA Mobile World Congress is a combination of the world's largest exhibition for the mobile industry and a conference featuring prominent executives representing mobile operators, device manufacturers, technology providers, vendors and content owners from across the world. It would be held from 27 February to March 2, 2017 in Barcelona the capital of Spain.

The Launch of LG G6 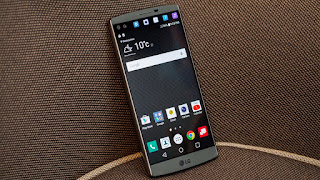 The much awaited awaited flagship model of LG the G6 would
be launched at the Mobile World Congress. Reports say that it
could be the first non-Pixel phone to have Google Assistant.

The Return of Blackberry
Blackberry will return to MWC in a big way. MWC will be where TCL introduces the BlackBerry "Mercury," its new keyboarded Android phone, which looks to have a much brighter potential future than BlackBerry's 2015 Priv handset.

ZTE to Launch a Smartwatch
The Chinese multinational telecommunications equipment and systems company headquartered in Shenzhen, Guangdong could launch a new smartwatch at the event to be held in Barcelona.