Many people give up on learning trigonometry right after hearing the name...
"Trigono" is Greek for triangle and "metron" means measure. So basically trigonometry deals with the relationship between lengths and angles of a triangle. So now that we've got the meaning out of the way, lets start with the 3 basic functions of trigonometry.

In this article we'll only deal with trigonometry with acute angles and right triangles.
There are 3 basic trigonometry ratios :-


Before actually learning what these functions mean, we should learn some terminology.

For any acute angle θ in a right triangle: 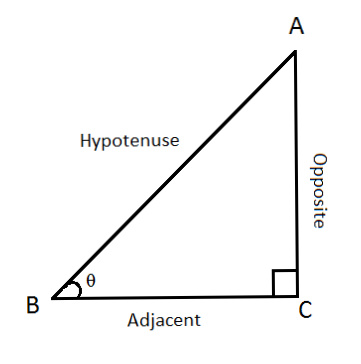 *Note- Remember that the Adjacent and the Opposite sides change relative 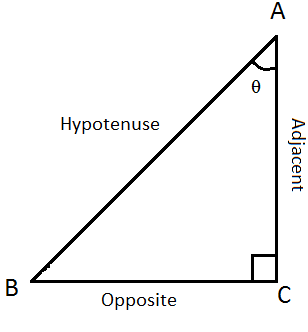 Now that we know what all sides relative to an angle in a right triangle are called, lets define the 3 trigonometric functions.

The sine of an acute angle in a right triangle is defined as the length of the side opposite said angle over the hypotenuse.

The cosine of an acute angle in a right triangle is defined as the length of the adjacent side over the hypotenuse.

Soh,(no pun intended) now if someone asks you what the sine of 60゜ is by looking at the triangle below, this is how you would do it 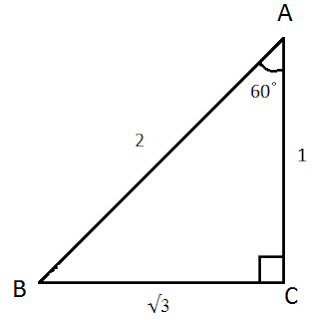 you just say that as sine of an angle is Opposite/Hypotenuse and as the length of the side opposite to the 60゜ angle is √3 units and the length of the hypotenuse is 2 units.
The sine of 60゜= √3/2 and this will be true in all triangles, sin 60 will always be equal to √3/2 . This means the ratio of the opposite side to the 60゜ angle to the hypotenuse in a right triangle will always be √3/2. Lets see why...

Why are trigonometric function of an angle constant!?

To prove this we can show that sine, cosine or tangent of θ in triangles with different length of sides will be equal. 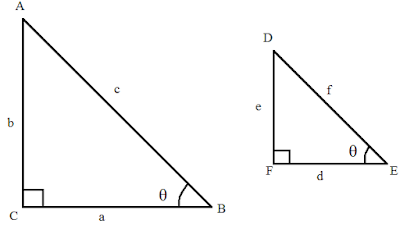 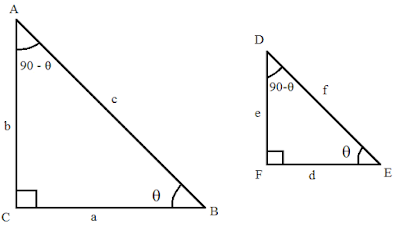 So, now that we know that all 3 angles in ABC are equal to corresponding angles in DEF
∴ △ABC ∼ △DEF
as the triangles are similar the ratio of their corresponding sides is equal
That means, a/d = b/e = c/f
if we substitute 'k' for the constant of ratio
then, d . k = a
f . k = c
e . k = b

This is how far we will go into trigonometry in this article, if you have any doubts or questions related to trigonometry I'll answer them in the comments section below, in the next post, We will deal with trigonometry with general triangles and the reciprocal Trigonometric functions, Until then, Stay TUNED !   :D