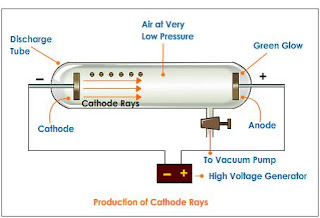 1) A thin metal foil was placed between the 2 electrodes.

Observation:  The metal foil started to glow due to heat.
Conclusion: This beam of ray was made up of high energy particles.

2) An object was placed between the 2 electrodes.

Observation: A sharp shadow was formed on the anode.

Conclusion: The beam of rays were travelling from cathode to anode. 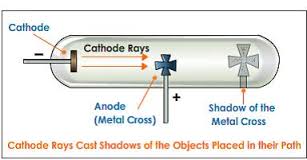 3) A light weight paddle wheel was placed between the 2 electrodes.

Conclusion: The beam contains high energy particles, which on striking the paddle wheel rotates it.

4) An external electric field was placed.

Observation: The beam of light deflected towards the positive plate.

Conclusion: Particles of the beam are negatively charged. 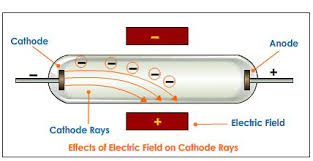