June 23, 2017
Hey guys! Today we are going to talk about the latest entry in the smartphone universe - Oneplus 5. Once again Oneplus has come up with a phone that has all new features, brilliant body design and fits people's budgets. But is it worth an upgrade ? 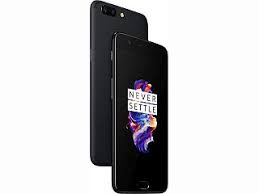 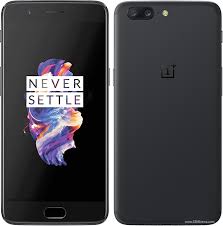 Now, from the front the phone looks very similar to the Oneplus 3T but the difference that can be noticed is that the edges are more rounded in this one. The edges on the back have been removed giving it a more rounded look. You have to admit, when we first saw the phone, it looked almost like the iPhone 7 because the design is definetely familiar.

The build quality is better thanks to the aluminium unibody design which is now slimmer at 7.25 mm and lighter at 153 grams.
With prominent side edges being removed, the phone feels very good in hand but is slippery too. A cover might be neccessary here! But luckily the Oneplus 5 handles drops pretty well. A couple of times we did drop it accidentally from the waist height and we were left only with slight bumps and minor scuffs on the edges and nothing else.

Maybe the best part is that Oneplus has fixed the 3T's touch latency issue. The 5.5 inch Amoled display really brings out the rich color saturation in the content. Another highlight is that the display supports the DCI-P3 colour profile, same as the iPhone 7. 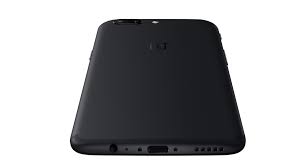 Now talking in terms of physical connectors, we have a USB type-C port at the bottom along with a 3.5 mm headphone jack (unlike iPhone 7!) and a speaker grille. I personally like the alert slider very much which has been retained in the Oneplus 5. Other hardware buttons remain the same as in the 3T. This model is also dual-sim like the previous one accepting two nano sims.

OnePlus earned its reputation to begin with by offering top-end specifications, and the company hasn’t skimped here at all. The SoC of choice is Qualcomm’s Snapdragon 835, which has eight CPU cores capable of running at up to 2.45GHz.

Apart from the OnePlus 5's brand new hardware, another big change is the slick new OxygenOS 4.5.0. It’s built on Android 7.1.1 Nougat and feels a bit more refined than before, with slightly smaller icons and text for the menus. There’s no app drawer button now as you simply swipe up to expand the dock, à la the Google Pixel. Swiping right takes you to Shelf, which lets you customise widgets for the weather, set reminders, see your recent apps, and monitor cellular data and storage usage. This can be disabled if needed. Long-pressing the icons of compatible apps brings up Nougat’s shortcuts to commonly used features. 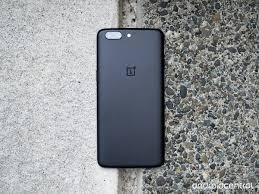 The OnePLus 5 excels at gaming and media playback. Now that's something for the gamers! We went through extensive sessions of Asphalt 8 and GTA: Vice City and the phone easily held its own. We noticed a few dropped frames in Asphalt 8 in some levels but other than this, we had smooth framerates throughout. The best part is that the phone doesn’t overheat even when we used outdoors in our humid climate. The back gets a bit warm but nothing that would make you have to stop to let it cool down. The display produces very good colours and deep blacks, thanks to the AMOLED panel.
High-resolution videos played with ease, and the mono speaker belted out pretty high volumes. The phone also supports Dirac HD audio enhancements with earphones. This helps a bit, but we didn’t find the in-built DAC to be anything exceptional.
More than the design and powerful components, the biggest change that the OnePlus 5 ushers in is its dual rear cameras. The similarities with the iPhone 7 Plus extend well beyond just physical design, as even the camera app is pretty much identical. The app has a simple layout and it's easy to find what you’re looking for. Shooting modes are hidden in the hamburger menu in one of the corners. 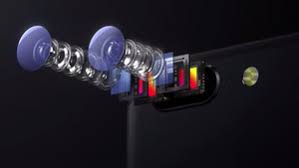 The primary camera has a 16-megapixel sensor (Sony IMX 398) with a large f/1.7 aperture and electronic stabilisation (EIS). The focal length here is 24mm (35mm equivalent). The lack of optical stabilisation (OIS) is a big disappointment given that the OnePlus 3T had it. While we couldn’t get any official response from OnePlus as to why this decision was made, we think it could be due to the slimmer profile of the phone and perhaps done to keep the overall cost within control.
The second sensor has a 32mm focal length (35mm equivalent), 20-megapixel resolution and an aperture of f/2.6, but lacks EIS. To switch between the two sensors, you just have to hit the 2x button on the screen. According to OnePlus, optical zoom actually only goes up to 1.6x, and the rest is software but still "lossless". You can then zoom in all the way up to 8x (digital zoom). However, we noticed that the phone only actually switches to the second sensor when you’re in Photo mode and when there’s good lighting. If the light is anything less than ideal, the phone sticks to the primary camera and basically does a digital zoom instead. What would have been ideal is if the second sensor also had a decently large aperture, like at least f/2.0, which would have made it usable in low light too. 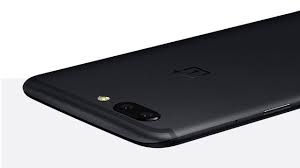 I think that the Oneplus 5 is a really cool phone with an affordable price of 32,999 rupees for the 6GB RAM model and 37,999 for the 8GB one. But i would also say that if you currently own a OnePlus 3T, upgrading to the OnePlus 5 won’t change your life in any significant way. If you’ve been on the fence about upgrading from an older phone, we recommend getting the 6GB version of the OnePlus 5 as it offers very good value. The 128GB option feels a bit too expensive at its current price of Rs. 37,999. Once stocks of the OnePlus 3T diminish, we hope that the 6GB OnePlus 5 will take the 3T’s current spot at Rs. 29,999, bringing the 8GB version down to a more attractive price as well.

That was all for Oneplus5 ! Thank you guys for reading this article. Stay tuned for more reviews and amazing tech. See ya!