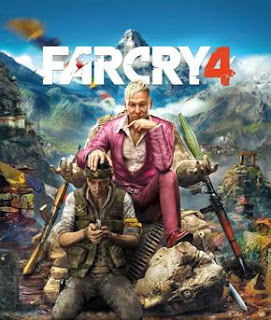 Far Cry 4 starts in Kyrat, a fictional Himalayan country that has sprawling mountains and forests, vast water systems, and villages. The protagonist of the main story is Ajay Ghale, a young Kyrati-American boy, he is caught in a civil war between Kyrat's Royal Army, controlled by king Pagan Min and a rebel movement called the Golden Path. Far Cry 4 focuses on combat and exploration i.e. players fight with enemy soldiers and dangerous wildlife using a wide variety of weapons, completing side missions, collecting useful items, and progressing through the game's main story. Far Cry 4 features most of the elements found in role-playing games, such as an interesting story line. In addition to Far Cry 4's campaign,Far Cry 4 features a map editor, a multiplayer mode, and an asymmetrical competitive multiplayer mode which was developed by a company called Red Storm Entertainment.


You can buy Far Cry 4 from the link given below:-
http://www.amazon.in/UBI-Soft-FaPC044-new-Far-Cry/dp/B00L8XUCTC