February 02, 2017
Hey, guys ! Today we are gonna talk about a topic which many of us find it way to simple but is actually really complicated. Today we will be discussing the concepts of Statistics. 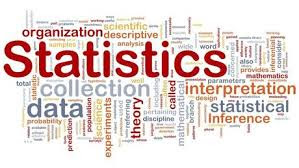 Introduction
Data means information or a set of given facts. The data is usually collected through census or surveys. The survey is the process of collecting information from a selected group of persons. Data collected by this process is called the raw data. The raw data is classified into two types; the primary data and the secondary data. Primary data is reliable and the secondary data may or may not be reliable. Classification of data is essential for analysing it. Statistics is defined as the collection, presentation, analysis and interpretation of numerical data.

Variable ( or variate )
The value of each item in a data has certain characteristics. The characteristics like intelligence, beauty etc are non-measurable but vary from person to person or from item to item. We call such quantities as qualitative variables. The characteristics like height, weight, marks etc are measurable and these variables are called quantitative variables. We also make a distinction between the observed value and the possible value of a variable. For example, if we have a variable defined by the sex of a person, the possible values of the variable are male and female. But if we are considering the no. of males in the age group 20-25 in a village, we are considering the observed values of the variables defined by a male.

This is called raw data. This is also called an individual series. We note that some of the weights (values of the quantitative variable ) are repeated. If there are 3 students having weight 50 Kg then we say the frequency of 50 is. Therefore, the number of times the value of the item is repeated is called the frequency of that value. The table containing the weights and the corresponding frequencies is given as


We denote the total number of students, that is the total frequency by n i.e. n = Σ f. Also, we denote different values of the variables x as xᵢ and different frequencies by fᵢ.


Guys so this is all for today I will be back again with more about this topic. In the meanwhile, you can read this article and leave your reviews in the comments section. And if you liked this article then please hit the like button below and for more interesting articles like this subscribe to our newsletter.